I'm running Azure SDK June 2012 Sp1 aka the august update. I'm trying to generate a shared signature which will be consumed by a WPF client. The problem is that I'm not able to resolve

Which assembly should I reference and which version?

The June 2012 SP1 update is exactly the same as the June 2012 update, just with compatibility fixes for Visual Studio 2012 RTM.

If you go to the .net github repo and pull the code for sdk_1.7.1 branch and build it, you'll find SharedAccessTablePolicy. I just built this last week and have access to it via this method. Just remember to change your role references to point to your newly-built DLLs, which will show up as 1.7.1. 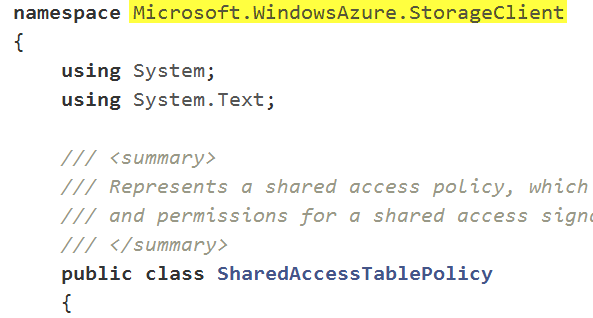 Here's a quick screenshot from gitHub, of the file which now exists in 1.7.1: 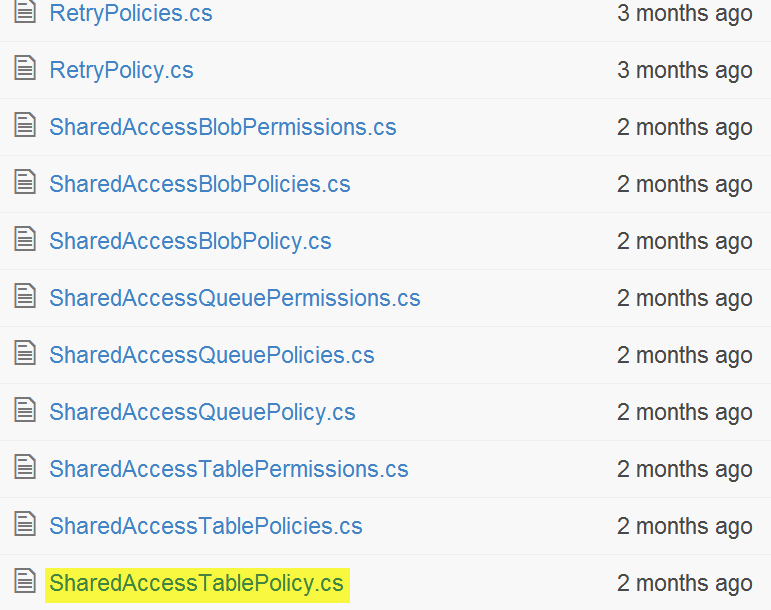